2018 I joined join a small team for a video production of Cro's latest single „unendlichkeit“ in stuttgart. Within 4 weeks we did´t spare any effort to squeeze cro´s ideas into a 4 minute music video. I was working on the visual language, helped directing the video, faced the challenge of motion tracking and animating the video. My main part in the video is the massive „internet city“ in which cro is falling along his instagrmm feed until he arrives at the tru logo.  After the video production was done we developed mor visuals for Cro's live show and exhibition 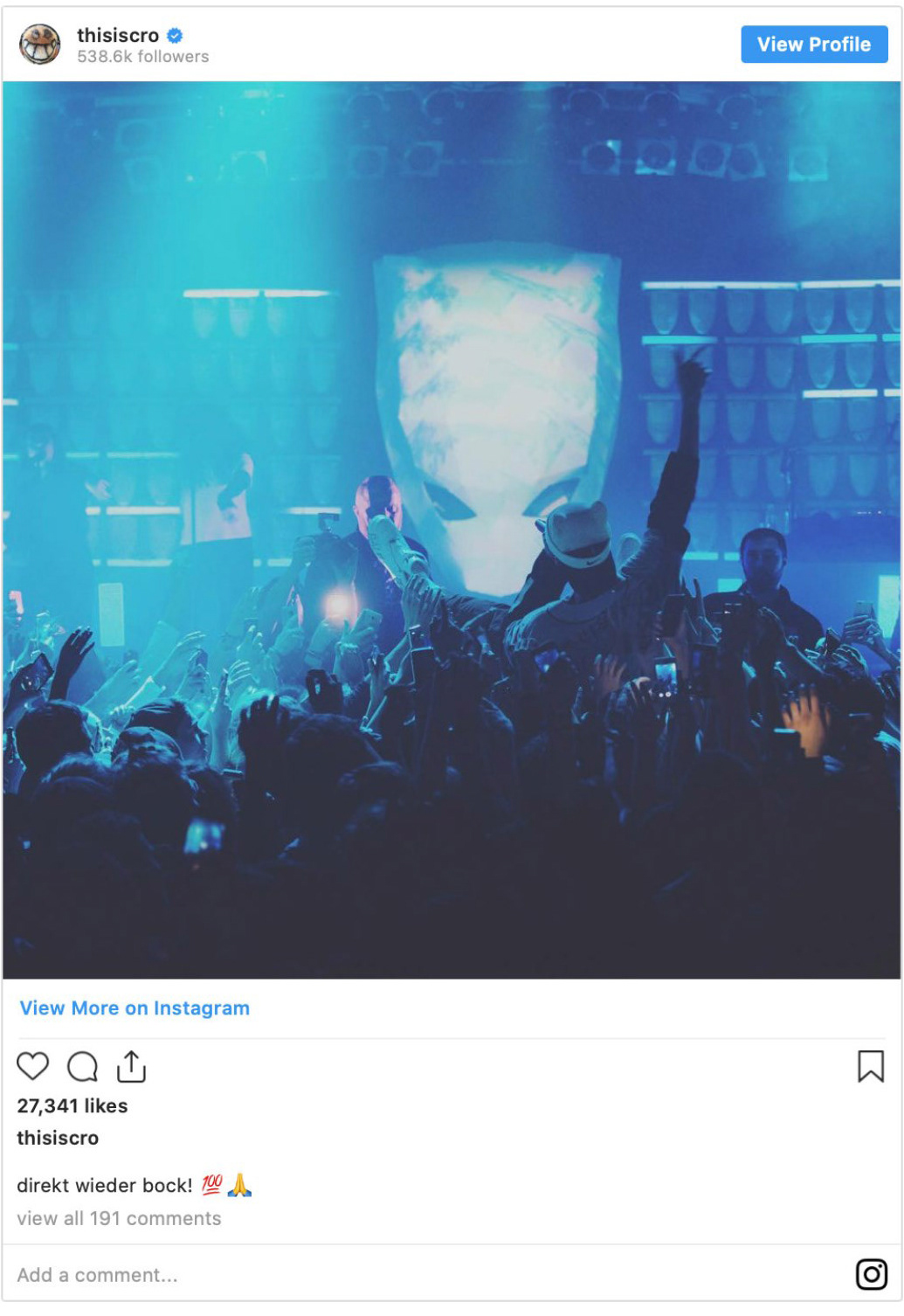 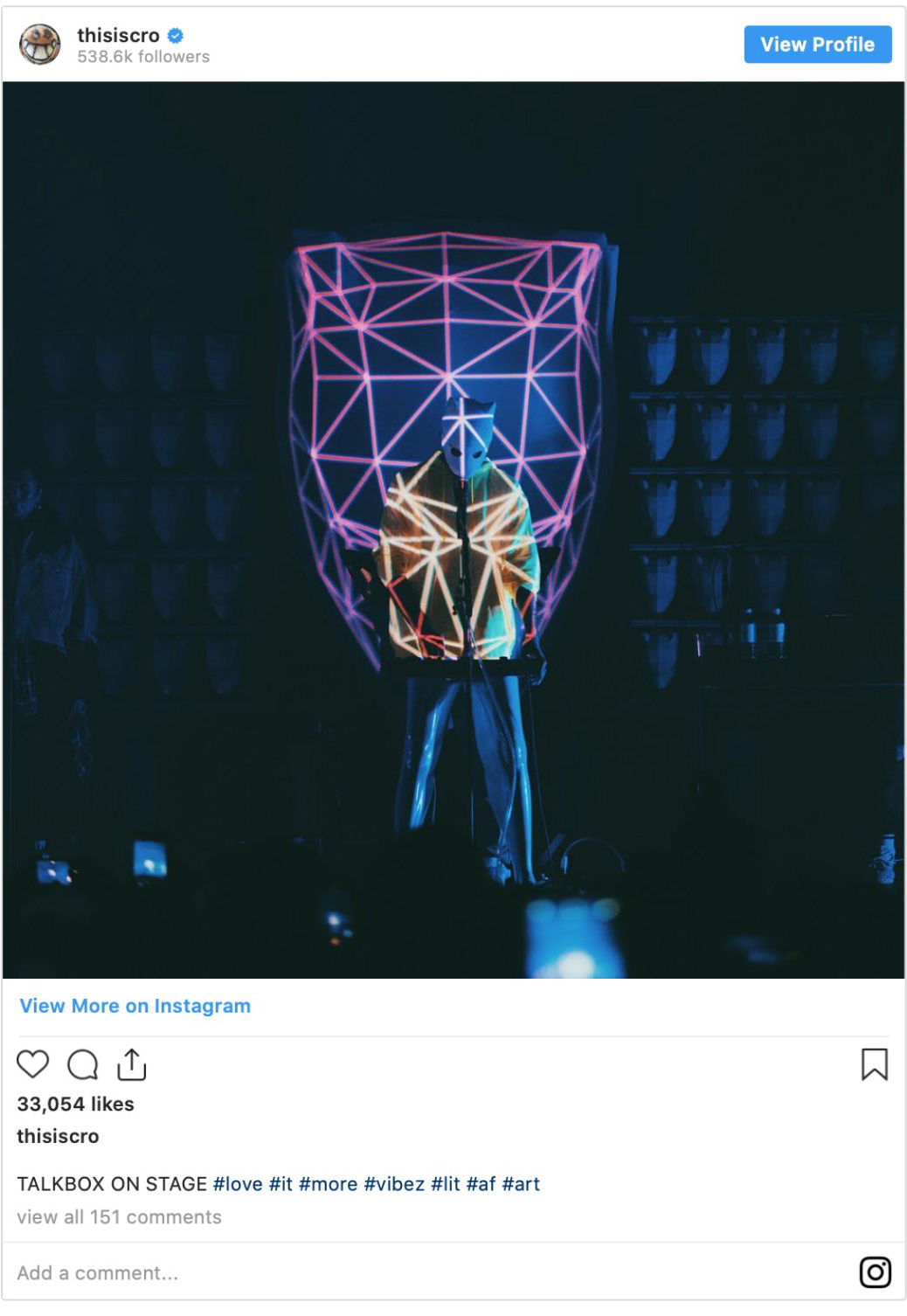 Augmented
↑Back to Top